Climate change litigation cases have been increasing markedly over the past six years, and pose a risk to an expanding range of companies and policymakers, according to a report by the Grantham Research Institute on Climate Change and the Environment at the London School of Economics and Political Science.

The report – ‘Global trends in climate litigation: 2021 snapshot’ by Dr Joana Setzer and Catherine Higham – analyses figures from 40 countries and 13 international or regional courts and tribunals. It found 1006 climate-related litigation cases have been filed since 2015, the year of the landmark Paris Agreement, compared with 834 between 1986 and 2014.

The report concludes that most cases have been brought against governments, typically by corporations, non-governmental organisations (NGOs) and individuals. There has been an upward trend in the number of cases brought by NGOs and individuals, particularly since 2017.

A quantitative review of the outcomes of 369 decided cases found that 58% were favourable to climate change action, 32% were unfavourable, and 10% had no obvious impact on climate policy. However, the report also points out: “Litigation that may weaken or undermine mitigation or adaptation efforts is also a growing phenomenon. This may include cases that have an intentional goal of opposing climate action, or cases that may not have such opposition as their main objective but may nonetheless result in delays or rollbacks of climate action or policies.”

It adds that “an unprecedented number of key judgments with potentially far-reaching impacts were issued in the past 12 months, including cases decided by the apex courts of Ireland, France, Germany and Pakistan”.

The report notes that the number of “strategic” cases, which aim to bring about some broader societal shift, and human rights cases are also increasing. It stated: “The number of ‘strategic’ cases is dramatically on the rise, suggesting that climate litigation as an activist strategy is becoming more popular than ever. Some of these cases may challenge the way in which climate action is carried out or its impact on the enjoyment of human rights, and can be seen as part of a new wave of ‘just transition’ litigation.”

The report indicates that climate change cases relating to finance are growing, and states that an increasing number of claims focus on financial risks, fiduciary duties, and corporate due diligence, which directly affect not only fossil fuel and cement companies, but also banks, pension funds, asset managers, insurers and major retailers, among others.

Dispute resolution expert Michael Fenn of law firm Pinsent Masons, said: “This report illustrates why the risk of climate change related litigation is one which businesses across a wide range of sectors cannot afford to ignore. Numbers of climate change cases are rising rapidly, including in the UK which is now the third most popular venue for climate change cases after the US and Australia, and these are being brought against a wider range of private sector organisations and framed in a growing variety of ways.”

He added that cases are increasingly being brought by NGOs and groups of individuals for strategic purposes, which could bring a different dynamic to litigation to that which most commercial parties are used to, potentially increasing costs and making settlement on commercial terms more difficult.

Businesses warn of confusion over steps for easing of COVID restrictions 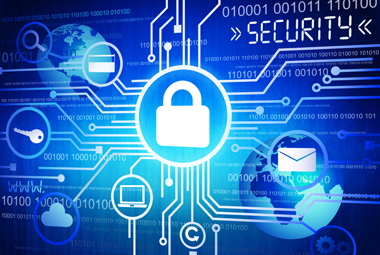