Concerns about supply shortages in the next quarter escalated further this month, according to the CBI’s latest Industrial Trends Survey. Almost two-thirds of firms cited availability of materials and components as a factor likely to limit output next quarter – the highest share since January 1975, according to the group.

Manufacturers also expressed heightened concerns about labour shortages affecting future output, with two-in-five firms worried about a lack of skilled labour (highest since July 1974) and nearly a third concerned about availability of other labour (a survey-record high).

The manufacturing sector continues to face acute cost and price pressures; average costs growth in the quarter to October remained broadly in line with July, which saw the fastest growth since 1980. Average domestic and export prices growing at their fastest rate since April 1980 and April 2011, respectively.

Costs growth is set to speed up further, with both domestic and export price inflation expected to accelerate.

Despite all this, UK manufacturing output volumes in the quarter to October grew at a similarly firm pace to September, the group said.

Total new orders grew at a slower, but still strong, pace compared with July. Export orders increased at a broadly similar pace to last quarter. Manufacturers expect total new orders growth to pick up next quarter, led by an acceleration in domestic and export orders.

Anna Leach, CBI deputy chief economist, said: “From higher material costs to labour shortages, manufacturers continue to face a number of serious global supply challenges hampering their ability to meet strong demand. Manufacturers are using key levers, such as hiring new workers and planning further investment in plant and machinery and training, to expand production. But with both orders and costs growth expected to climb over the next quarter, we’re not out of the woods yet.

“While the supply chain advisory group is set to help unblock short-term challenges facing production, strengthening the sector over the long-term demands bold action in the Budget. By reforming the outdated business rates system and frontloading investment into new industries, the government can turn the manufacturing industry into an engine for a more innovative and sustainable economy.”

Tom Crotty, group director at INEOS and chairmain of the CBI Manufacturing Council, added: “It is reassuring to see output and orders continue to grow as we enter the autumn. However, the last quarter has been undoubtedly overshadowed by firms facing shortages of materials or components, struggling to fill roles, and grappling with increased energy cost pressures. It is essential that the government continues to work constructively with businesses to identify ways to alleviate this difficult situation. 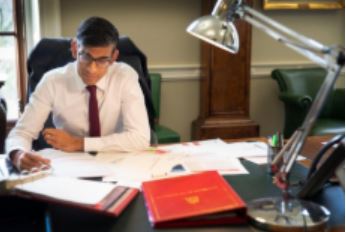