Global insurance industry M&A dipped slightly in the first half of 2021 with 197 deals completed worldwide – down from 206 in the second half of 2020 and 201 at the same point last year, according to Clyde & Co’s mid-year Insurance Growth Report.

After a steep drop in transactions in 2020, Europe held steady in H1 2021 with 51 completed deals, up one on the previous six-month period. The UK was the leading European country – and second most active worldwide behind the US – ahead of Spain and Germany.

APAC saw completed deals fall from 37 to 18 – the lowest level since Clyde & Co began its report in 2011 – as post-pandemic and geopolitical uncertainty weighed heavy on deal-makers. Japanese acquirors were again the most active.

Activity in the Middle East and Africa dropped back with only five completed transactions in the first half of this year. These all involved Middle East acquirors – two from Israel and one each from Egypt, Saudi Arabia and the UAE.

Ivor Edwards, partner and European head of corporate insurance at Clyde & Co, said: “Despite the challenges of the last 18 months, the insurance industry has responded well and demonstrated a re-markable degree of resilience when it comes to getting deals over the line. Market hardening is creating organic growth opportunities for re/insurance carriers, but the availability of cheap liquidity, active inter-est from private equity investors and strategic re-underwriting of portfolios at larger carriers signal that an uptick in M&A is likely. The extent of that increase will vary by region and investor sentiment – deal-makers in the US are comparatively bullish whereas their counterparts in Asia-Pacific remain more cau-tious as they wait for a more positive economic outlook.”

There were 11 deals in H1 2021 valued at over US$1bn, compared with 15 in the whole of 2020, includ-ing the largest of the period, the sale of UK-headquartered RSA to Regent Bidco for US$9.2bn. In addition to the rise in big-ticket transactions, in a sign of a bifurcated market, there is an increasing number of more modest strategic divestments from carriers looking to focus on their core business as part of a long-term strategy.

The first half of the year also saw technology investments into a variety of businesses around the world including deals focusing on coverage to homeowners in catastrophe-prone regions, online insurance comparison platforms and digital healthcare.

The sharp drop in M&A activity in APAC can be attributed in part to the high regulatory bar in some jurisdictions, according to Clyde & Co’s Hong Kong partner, Joyce Chan. Not only do prospective ac-quirors face higher solvency capital requirements in some markets, but there is a more robust scrutiny of business plans to assess the longevity of new entrants’ interest.

“Regulators are becoming increasingly cautious. When new players come in and buy a particular insurer in the region, local regulators usually request quite a substantial capital increment as well,” Chan explains. “The solvency requirement expectation is much higher, acting as a brake on M&A. Conversely, regulatory actions are also making some significant portfolios available to acquirors. In Australia, for example, the knock-on effect of the recent Royal Commission is forcing the country’s major domestic banks to offload non-core lending businesses, which is making a number of attractive insurance assets targets for acquisition.”

Activity there is likely to remain subdued, the report's authors said, until the markets have stabilised post-COVID-19, bringing with it greater economic certainty.

After a standout first six months of the year, the expectation is for more M&A to come in the US. And, although deal activity in Europe has continued steadily at a comparatively low level for a couple of years, there are signs that some of that region’s structural issues are being addressed. 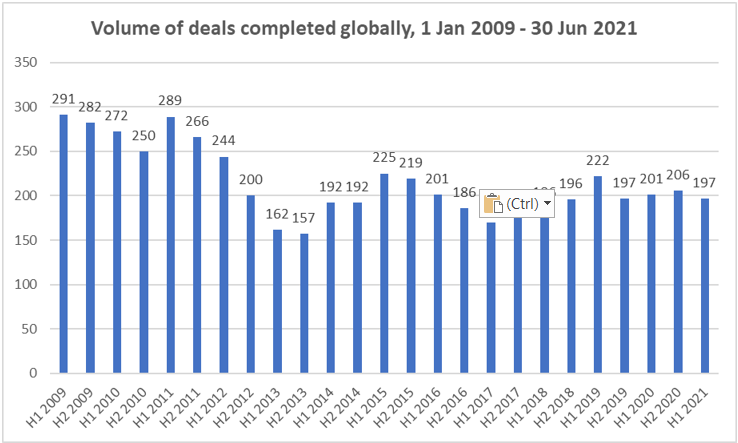 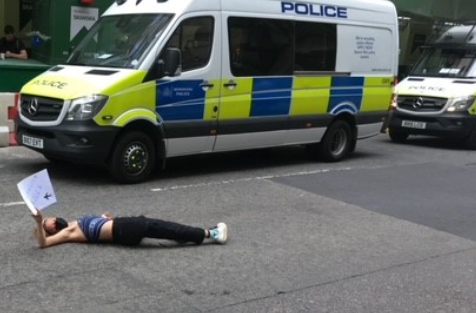 City of London next target for Extinction Rebellion