Countries in the G20 will experience a two-track recovery from the economic and public health crisis resulting from COVID-19. Whilst initially hit the hardest by the pandemic, Western European and East Asian members of the G20 have the ability to recover much quicker than their emerging market counterparts in India, South Africa and Brazil.

These are the headline findings from Verisk Maplecroft’s Recovery Capacity Index and report, which comes as the IMF forecasts that India, South Africa and Brazil in particular will shrink an average of 7% in 2020.

These three countries represent more than 10% of global GDP, 3.7% of total trade, 3.2% of direct investment flows and 20% of world population. Maplecroft warns that a drawn-out recovery in these markets will have severe repercussions for the investment community, consumer markets and multinationals.

The largest difference between richer and poorer G20 members is the hurdle posed by weak institutions and especially high levels of corruption as well as poverty; disruption from civil unrest represents the largest compounding risk factor.

In general, the more affluent G20 bloc members were quick to adopt strict societal lockdowns in response to the pandemic. The outlier, the report points out, is the US, which has had the least effective pandemic response of any developed market due to its inconsistent and politicised state-level reopening. 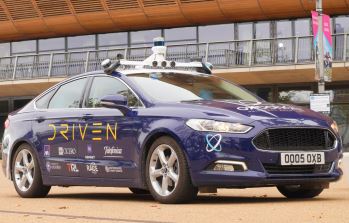