Foreign exchange company Travelex has announced that its IT systems are back up and running following a crippling ransomware attack that forced the firm to disconnect its service from the internet.

The attack began on New Year’s Eve through a software virus known as ‘Sodinokibi’ and although the company has been able to continue to operate during the intervening period, the situation had led to employees having to resort to the use of pen and paper to record transactions.

The downtime affected major banks including Barclays, RBS, and Lloyd’s, all of which use Travelex for delivering foreign exchange services online. While some online services are still unavailable, these are expected to be restored within the next 2-3 days.

Hackers had demanded a payment of £4.6m to unlock the affected systems although the company has not revealed whether or not this payment had been made. Some of the losses incurred by Travelex during the outage is expected to be offset by cyber-insurance coverage. 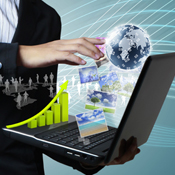