Howden has announced the appointment of industry veteran Nicolas Aubert as CEO of its France division.

After holding roles in various countries, notably in the UK market where he held major positions at AIG and Willis, Mr Aubert is returning to France to lead operations in this key market for the broker.

Luigi Sturani, regional CEO, Howden Europe said: “Nicolas’ appointment strengthens our existing European platform and brings choice to a market that is crying out for European-focused alternatives. Today’s announcement demonstrates Howden’s commitment to develop its network across Europe and specifically in France, one of the biggest broking markets on the continent.

“The first key step in expanding Howden France was to find a respected and credible leader in the market, and Nicolas was a natural fit because of his extensive experience in both the French and UK markets. He has a proven track record in managing high profile growth and transformation projects, strong managerial capabilities and industry knowledge that will be invaluable in overseeing the integration of future acquisitions in France.”

Mr Aubert has over 30 years’ industry experience, most recently at Willis Towers Watson as head of Great Britain and CEO, Willis Limited. Prior to this, he held leadership roles at AIG, as COO EMEA and had been managing director of different geographies, including the UK, Southern Europe and France.

Commenting on his appointment, Mr Aubert said: “When deciding on what I wanted to do next, I knew I wanted to build a business. Joining Howden was an exciting opportunity as it is truly an entrepreneurial company, providing a great alternative for talent and for clients. Our operations in France will extend Howden’s existing capabilities to better serve clients, in France and all over the world.”

“We are eager to grow the business. Our goal is to become one of the top brokers in France with an extensive territorial presence and strong specialties. We will accomplish this by attracting the best entrepreneurial talent and like-minded companies, and by growing organically, supported by Howden’s existing regional platform.”

LMA: ‘At the box or in the office’ agreement reached 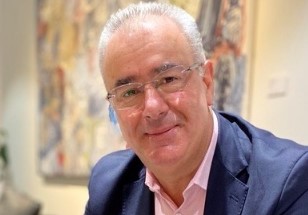