Research published this month suggests that it is more important than ever to assess resilience in a world economy that is less resilient now than it was at the onset of the global financial crisis in 2007. Switzerland, Canada and the US enjoy the greatest economic resilience (as they have consistently for the past decade) according to the study, penned by the London School of Economics and the Swiss Re Institute; whereas resilience in the euro area has seen the most dramatic decreases since 2007.

According to the data, this reflects fragile fiscal positions in some countries, exhaustion of monetary policy options, a still challenging environment for the banking system, labour market inefficiencies and relatively underdeveloped financial markets. And while peripheral countries
in the euro area are much less resilient than the core economies, even the recovery of resilience levels in Germany and France since post-crisis lows has been non-linear and slow.

The report’s authors point to a “trillion-dollar opportunity” for the insurance industry in closing a record-high protection gap.

“The insurance industry has largely kept pace with growing loss potentials and can do more to improve resilience. Emerging markets, in particular, benefit more strongly from insurance protection than mature economies, which often have greater access to alternative sources of funding,” says group chief economist at Swiss Re, Jerome Jean Haegeli. “Considering the 35% probability of recession in the US next year and the global ramifications thereof, it is more important than ever to assess the underlying resilience of our economies and look beyond the traditional GDP measures.”

Latin America was identified as the only region to have seen an improvement in economic resilience, although at a low level due to localised structural challenges. The region’s capital markets are not sufficiently developed, labour markets show low productivity and a significant part of the population remains vulnerable to falling back into poverty.

Beyond the benefits at the micro level, risk transfer to insurance markets can boost macroeconomic resilience by facilitating stronger recovery after a shock event, according to Swiss Re’s analysis. Economies with higher levels of insurance penetration also tend to exhibit less volatile growth.

Happily, insurance resilience (or protection needed against that which is available) for the three core risk areas of natural catastrophe, mortality and healthcare spending, has improved in most regions since 2000, but, it says, there is still major scope for improvement.

In the US and Canada, almost two-thirds of protection needs are currently covered by existing resources including insurance; in Latin America, insurance resilience improved slowly since 2000; and in Asia-Pacific, the picture improved in both the advanced and emerging economies of the region.

In Europe, meanwhile, the aggregate insurance protection gap amounted to £278 billion in 2018 – more than double the 2000 value, with emerging countries in the region accounting for over half of the gap. Relatively speaking, though, composite insurance resilience has improved in both advanced and emerging European economies since 2000. 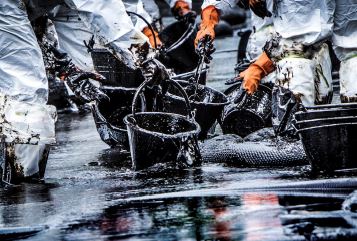