The government has increased the risk level of an avian flu outbreak in poultry from low to medium.

The move follows a rise in the risk of an avian flu outbreak in wild birds, following two recent cases in England.

In a joint statement, the chief veterinary officers from England, Scotland, Wales and Northern Ireland, said: “Following two confirmed cases of avian influenza in England and further cases reported in mainland Europe, we have raised the risk level for incursion to Great Britain from migratory birds to high.

“We have also raised the risk level for the disease being introduced to poultry farms in Great Britain to medium. While Northern Ireland’s risk level is currently medium for wild birds and low for poultry, the situation is being kept under constant review.

“We have acted quickly to prevent the spread of disease at both sites in England and are continuing to monitor the situation closely. Bird keepers should remain alert for any signs of disease and report suspected disease immediately.

“It is important now more than ever that bird keepers ensure they are doing all they can to maintain and strengthen good biosecurity on their premises to ensure we prevent further outbreaks.

“The UK has robust biosecurity measures and monitoring in place to prevent the disease spreading in this country and the risk of transmission of avian influenza viruses to the general public in the UK remains very low.”

Businesses not prepared for climate change 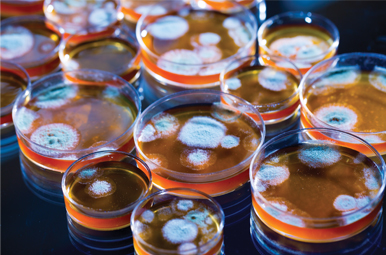