The value of GDP at risk from commodity price shocks, extreme weather, power outages and pandemics has risen, according to research published today by Cambridge University. It suggests that as much as £443bn, or 1.55% of GDP, could be wiped off the global economy by catastrophic events in 2020.

The Centre for Risk Studies is warning of the rising insurance risk presented by natural catastrophes; financial, economic and trade risk; and geopolitical and security risks, which represent GDP at risk of £136bn, £113bn and £107bn respectively.

Chief scientist at the Centre for Risk Studies, Andrew Coburn said corporate risk is escalating “along with the cadence and ferocity” of climate-related catastrophes.

“While reinsurers saw a year of below-average insurance losses in 2019, they remain wary of events that could generate record losses like the 2017 hurricanes and an increasing number of wildfires. As such, ratings agencies predict premiums could rise as much as 5% from January. Power outages, like those forced by the Californian wildfires, have also highlighted the ripple effects impacting societies and their ability to manage throughout, and recover from, catastrophic events,” he explained.

“Rate of recovery is critical to reducing relative risk exposure. Insurance pay outs are funding the recovery process of cities. The time a city takes to recover also depends on access to funding, including both insurance and aid. Better access enables faster recovery and therefore higher resilience to shocks to the global economy. The insurance world is central to global recovery.”

The Global Risk Index measures the potential impact on 279 major cities across the globe, accounting for 41% of global GDP. The top ten cities by risk exposure are spread right across the global. Top of the list is Tokyo, followed by Istanbul, New York, Manilla, Taipei, Osaka, Los Angeles, Shanghai, Seoul and Mexico City.

Analysis consists of a probabilistic event set of over 12,000 catastrophe scenarios representing 22 threats, with potential to cause disruption to economic activity in these major cities, responsible for over 41 per cent of the world's GDP. 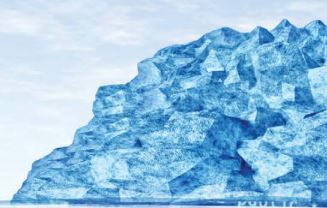