[body]
Global economic losses from both natural catastrophes and man-made disasters in the first half of 2020 totalled £57bn, according to preliminary estimates from the Swiss Re Institute -- well below the average of first-half economic losses of the previous 10 years (£85bn).

Of the economic losses, around 40% (£24bn) were covered by insurance. Natural catastrophes accounted for £21bn of the insured losses, most resulting from secondary perils events.

Severe convective storms in North America caused insured losses of over £16bn, the highest since the first half of 2011.

"Around 60% of natural catastrophe losses in the first half of 2020 were uninsured. As the severity of secondary perils will likely increase in the coming years, the importance of the insurance industry in closing natural catastrophe protection gaps is very clear. Climate change is a systemic risk and unlike COVID-19 it doesn't have an expiry date", said Jerome Jean Haegeli, Swiss Re Group chief economist.

These estimates are for property damage, and exclude COVID-19 related claims and are likely to be revised upwards.

The ongoing hurricane season in the North Atlantic could generate higher losses in the remainder of the year.

To date, there have already been nine named stormed observed, a record this early in the year.

An inspector calls: HSE drops by to check workplaces are COVID-secure 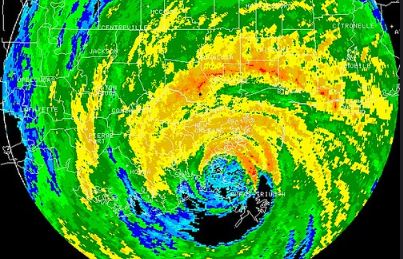